August Wilson Theatre was designed by architects C. Howard Crane and Kenneth Franzheim, and was constructed by the Theatre Guild in 1925, opening as the Guild Theatre. Although it has been used as a theatre for the majority of its years, in 1943, the building was leased to WOR-Mutual Radio as a studio. 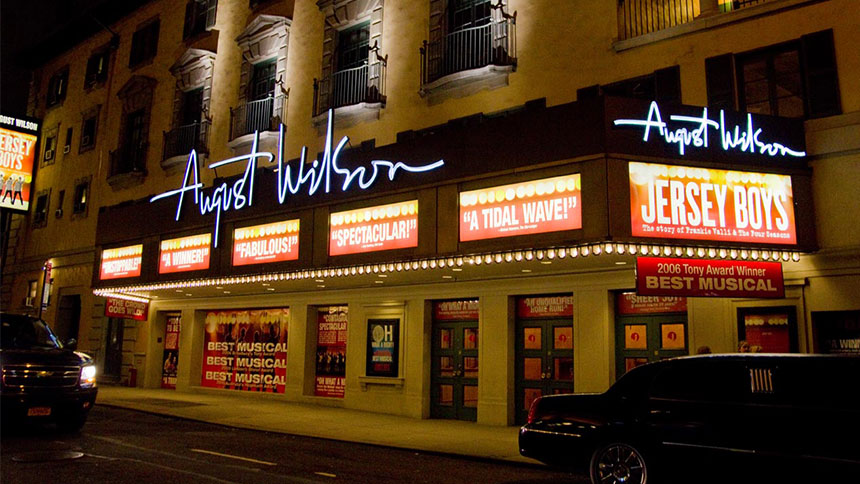 The theatre has changed name many times over the years, becoming known as the ANTA Theatre in 1950, when it was purchased by the American National Theater and Academy, and in 1981, having been purchased by Jujamcyn Theaters, it changed its name once more; this time to the Virginia Theatre, after owner and Jujamcyn Board member Virginia McKnight Binger.

It was once again renamed fourteen days after American playwright August Wilson’s death, in honour of him. August Wilson Theatre is known for its state-of-the-art sound and lighting, its second-to-none acoustics and its phenomenal views of the stage.